Tonight I went to a class at Ricardo Almeida Brazilian Jiu Jitsu. It is a world class gym about 25 minutes from my house. Professor Ricardo is part of the leadership of my school Gracie Barra Princeton. He trained at the original Gracie Barra de Tijuca in Rio as a teenager, so he goes way back.

His team has also held numerous UFC titles and he, himself has competed at the highest level in MMA and BJJ. I was invited to the class by our gym owner and coach Michael Leonardi because our coach and new Head Coach at Gracie Barra North Princeton (Opening in 3 weeks!) Wojtek Ratkiewicz was getting promoted by Professor Almeida from his purple belt to his brown belt. It was a big deal.

I got to the school and was immediately greeted by Professor Almeida and welcomed. We warmed up. It was nice to see about 8-10 of our schools students there to support and celebrate with Coach Wojtek. Professor Almeida shared his history in BJJ and spoke of his connection with Coaches Mike, Turtle and Wojtek and then he presented Wojtek his brand new belt. Then we had class and trained.

Here are a couple of observations: it was really cool to see the RABJJ students with their logo gis and the Gracie Barra students with our defining red shield logos all together on the mats. 25 years of legacy for professor Almeida and a legacy of Master Renzo Gracie, Ricardo’s teacher and ultimately Master Carlos Gracie jr and his contribution of bringing BJJ to us in the United States. There was an inkling of legacy and history.

It was also nice to train with RABJJ students of all different levels and hold our own. It was a good feeling to know that we have been receiving great instruction and we have some really talented grapplers in our gym!

Tonight was another great example of how you can bring two groups of relative strangers together and within 3 minutes we embraced and settled into our class and the community of the mats. We all worked hard, poured sweat, some blood and at the end we bowed in respect and made new partners and maybe even some friends.

It’s a powerful thing to gain connection to another human. It lends to our flourishing and for that I am once again grateful to those who have welcomed me into this sport! Bows to Professor Almeida for hosting to Coach Mike, Coach Turtle and Coach Wojtek for bringing me along on their journeys as practitioners and teachers. And to my training partners for sharpening me and allowing me to gain skills at a high level!! 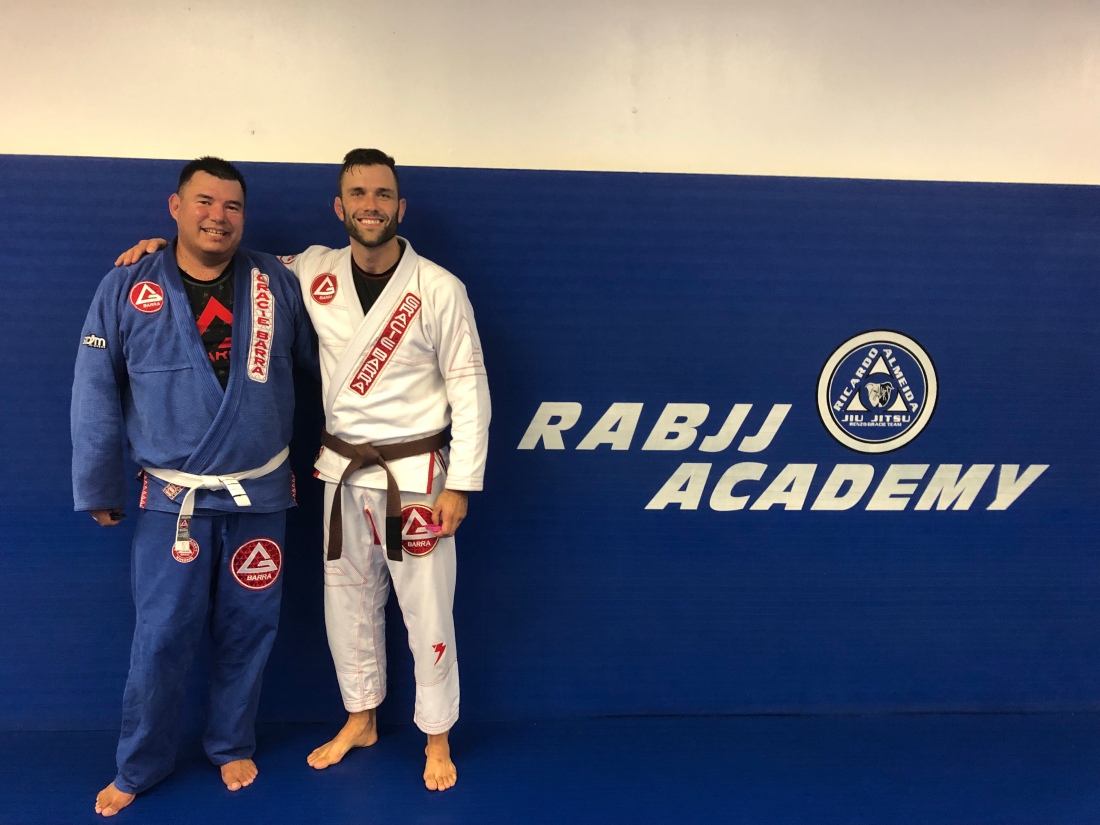 View all posts by Hallgren Blogs